The awesome part about hosting on Cloudinary is that it provides a very extensive API for developers. However for content creators they often don’t care that much about the technical aspects that are required to show images on the Web. We have been told repeatedly that storage is cheap and it doesn’t matter if we just throw these images on an unmanaged server, or a CMS like Adobe AEM or WordPress. However as we start moving more items to the "Cloud" pricing and functionality do start to matter, for both the producer and consumer of this content.

WebP is a modern image format that provides superior lossless and lossy compression for images on the web. Using WebP, webmasters and web developers can create smaller, richer images that make the web faster.

WebP lossless images are 26% smaller in size compared to PNGs. WebP lossy images are 25-34% smaller than comparable JPEG images at equivalent SSIM quality index. Webp is a format created by Google in 2010, and has been implemented in many of todays browsers.

Why do we care about Webp

In many cloud based systems they will create several different image sizes which starts to add up on your storage costs. Now the consumer doesn’t necessarily care about this cost for the producer. The consumer will care about how much data their phone is using and eating up their phone plan.

How does Cloudinary make Webp easy?

HTTP Calls:Original Call 134 KBURL: https://res.cloudinary.com/ajonp/image/upload/q_auto/ajonp-ajonp-com/blog/Cloudinary_-_Webp.webp Webp Call 49.7 KB – 63% reductionURL: https://res.cloudinary.com/ajonp/image/upload/q_auto/ajonp-ajonp-com/blog/Cloudinary_-_Webp.webp Webp Call @ width of 800px 49.7 KB – 92.5% reductionURL: https://res.cloudinary.com/ajonp/image/upload/w_800/v1564600835/ajonp-ajonp-com/blog/Cloudinary_-_Webp.webp Without doing anything more than changing png to webp, you can automatically reduce the call by 63%. Now most software can take this a step further and authomatically consider the screen size that your browser should request so an example above would be to request the picture width is 800px (‘w_800).

As you can see below Webp format is supported in all major browsers except for Safari (and iOS Safari). https://caniuse.com/#feat=webpAs you can see on Android using Chrome there is no issue with looking up the image using Webp. When we attempt this on Safari the browser treats this as a file and downloads it.

HTML picture to the rescue

So as a developer I can’t honestly say “well just have people use anything except Safari”. So how do we solve this 100% of the time? HTML <picture> element is in for the rescue! When the As you can see below Safari will use the <img> tag and not refer back to the <source> tag, and it will show the image correctly. In Chrome the <source> tag is used so it will automatically pickup the webp extension and work correctly.

I cross post my lessons and blogs over to DEV. Because of this I don’t prefer to use shortcodes and instead stick with supported markdown syntax. I also tend to move on the the next “cool” technology platform often.For instance I can easily load all Markdown to:

I fully admit that it takes me much longer to take my markdown file images and replace them for <picture> tags (yes I am lazy). Hugo provides amazing things called shortcodes that will allow you to execute a great deal of code in a short one line example of markdown. xabeng created an awesome set of shortcodes my hugo shortcode for including image from cloudinary.

markdown image paste is a fantastic plugin that allows you to take screenshots easily and loads them directly to cloudinary. By default once the upload completes it will place the new image URL into a markdown image tag.I did open an issue to allow for html code instead of the generic markdown syntax.
Categories: Uncategorized
Tagged: cloudinary

This is my current list of front end web development podcasts, and just a little detail on why I listen to each one of them.

This post describes the procedure of uploading images to Cloudinary as a prelude for building a fun app called Face Smash with Ionic Studio. 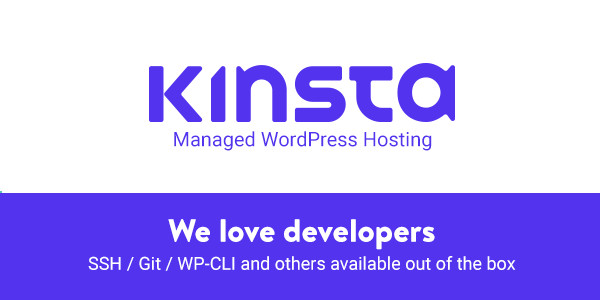 After two weeks of moving CodingCatDev from Kinsta to WPEngine to Flywheel, and AWS we are back on Kinsta. Kinsta Plan I am still not…

We sometimes use affiliate links in our content. This won’t cost you anything but it helps us to offset the costs of paying our writing team. Thanks for your support!